Sprinkler Spacing 101: How To Avoid Dry Spots And Boost Uniformity 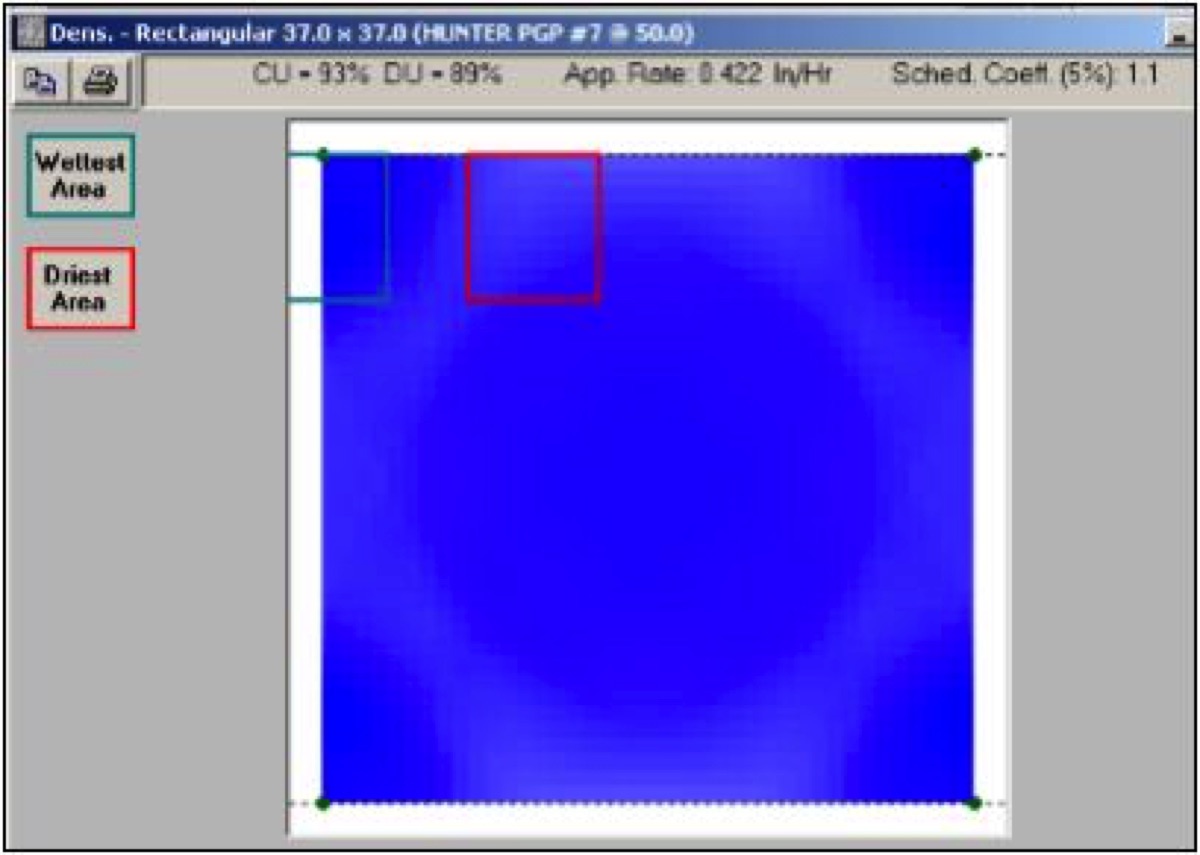 When dry spots appear around sprinkler heads in summer, there is often a spacing problem that needs to be corrected.

In Part 8 of our Drought Solutions video series, you’ll discover why you shouldn’t completely trust the manufacturer’s specifications and learn a few approaches that can help you properly space heads.

If you look at this head, there is a very slight doughnut right here on this densogram. Once again, remember it's in a labratory.

The CU on this system shows up at a 93%. In theory, that would be a phenomenal system. Your DU right here is at 89%. Pretty good CU, pretty good DU in the laboratory situation. But there is a very slight area here of a doughnut.

Well yeah, it's overlapped. It's stretched. That doesn't mean it's right.

In fact, it usually doesn't. Uniformity has to do with what's in that book. But you gotta remember uniformity in that book is in a laboratory.

A good rule of thumb that I've always used: If you got a system set up on 15' spacing based on catalog numbers, 15' nozzles, space the head about 12'.

Give yourself a little overlap because not one of those spacings that they have listed on those nozzles is out there in the field. Every one of them is in that laboratory under ideal conditions. You've got to set up a little different than what's in there.

The Irrigation Auditors Society through IA, they say give yourself a foot overlap. That's still a little close.

If you're not having to go to the controller and up your run times dramatically and you've got a little bit of an extra overlap on head to head, your systems are going to be more efficient because now we're not stretching them and we got the opportunity to to keep those systems tight. Keep everything rolling together because out there in the environment it's totally different than a laboratory. And you guys know that because you've been out there.