What Is Evapotranspiration And How Does It Help Us Save Water? 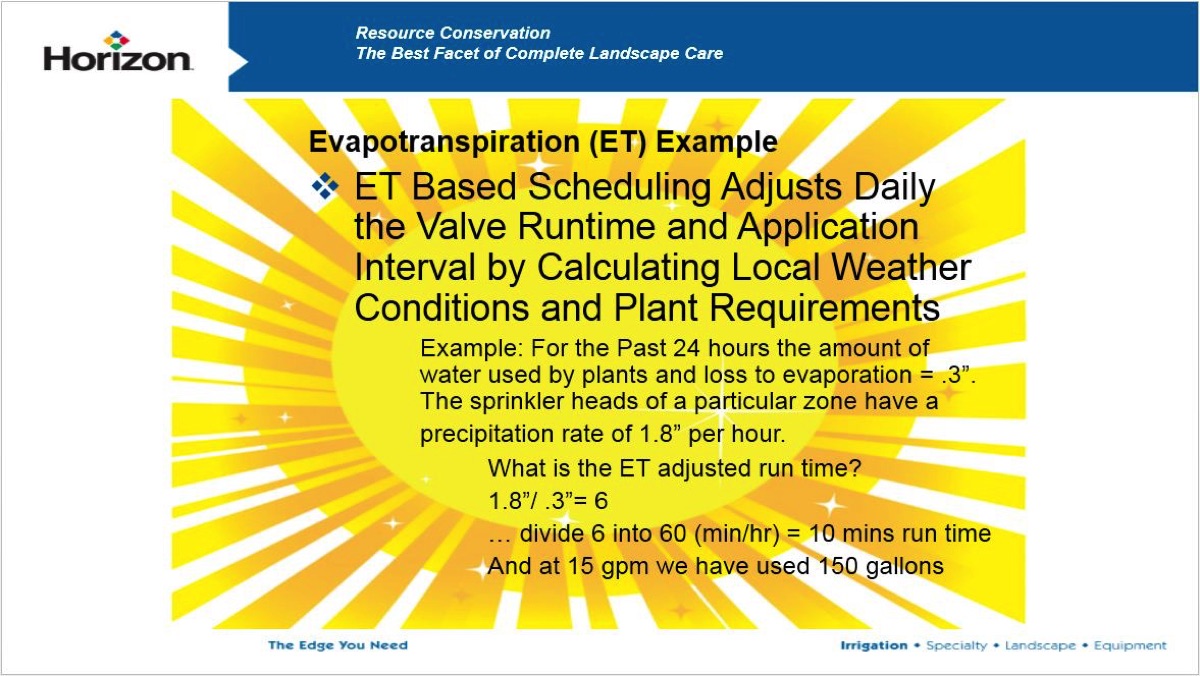 Perfect, it dies. That's how we know.

The harder part is how we know when we're over watering that landscape? Potentially it dies. If it's been done long enough.

Does everybody know what ET is? No, it's not that little guy that flew around in the 80's.

It's the rate at which soil and plant material gives off water to the atmosphere in a day and it's measured in inches. It's just that simple. Don't make it any more than that.

The original ET calculation came from the Center for Irrigation Technology out of Fresno, California in July on tall fescue turf is where that base number came from.

So we have controls now that replenish water based on that daily ET. So you will have healthy plant material if you put back on that plant material exactly the amount of water that's given off to atmosphere every day.

That doesn't mean 15 minutes every single day of the week. The savings comes in when that controller does this and we're gonna talk a little bit about that.

Evapotranspiration on a Bright Sunny Day

So let's say today, a bright sunny day outside. Bright sunny day. We've got a valve. It's got plant material on it and for this past 24 hours on this valve that plant used .3 of an inch of water in evaporation.

The sprinkler head on those zones have a precipation rate, that's the amount of water that comes out of that sprinkler head that gets down into the turf, of 1.8 inches per hour.

What is the adjusted ET run time for that station?

You take the 1.8 inches. That's a given. We know that, that's the rate of the heads. You divide it by the .3. That's the water that's coming off of the plant in evaporation.

That equals 6. Well now you gotta divide that 6 into 60 minutes cause that's how many are in an hour. It's measured in inches per hour.

That gives us a 10 minute run time. We know for a fact because of the way the system is installed that we've got 15 gallons a minute coming through that system. Well that 15 gallons/minute x 10 minutes, you got 150 gallons of water used today.

Evapotranspiration on a Calm, Cloudy Day 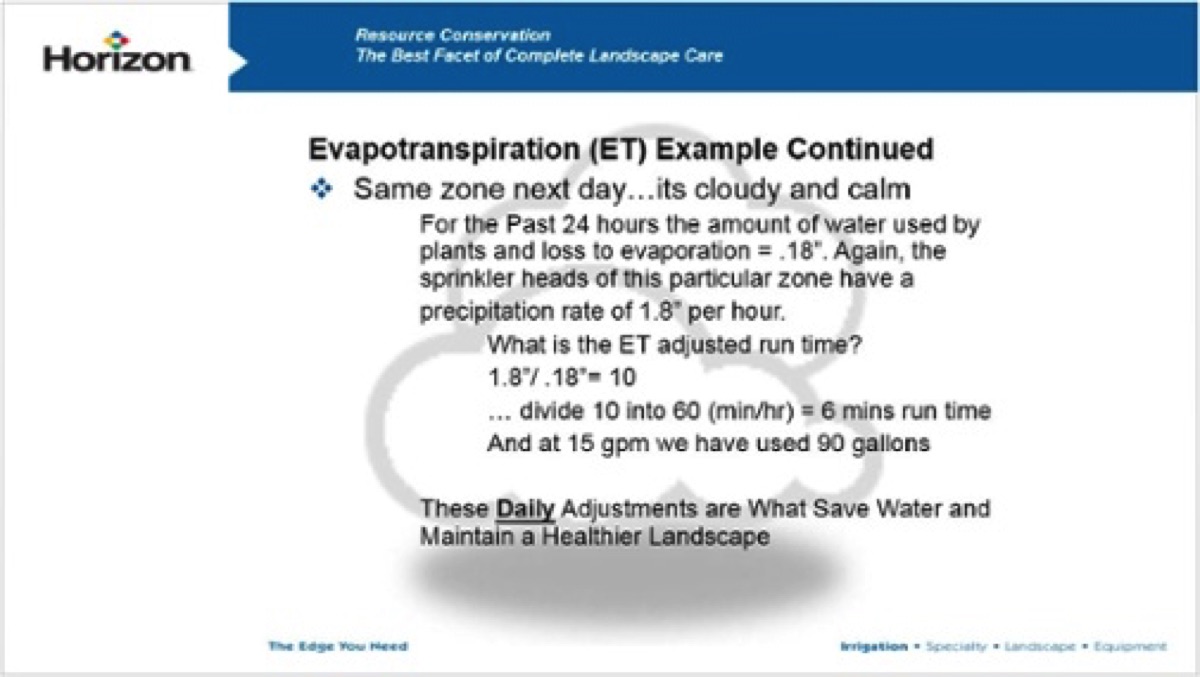 Tomorrow, exactly the same system. Past 24 hours, the evaporation on that same system, instead of being .3 is now .18. That zone hasn't changed so it's gonna put down water at 1.8 inches per hour.

So yesterday that system used 150 gallons. When you go to smart controls today, it's going to use 90.

This is where our water savings come into play on ET controllers. This is simplified down, but this is the basics of ET.