6 Questions To Ask Before You Buy A Smart Irrigation Controller 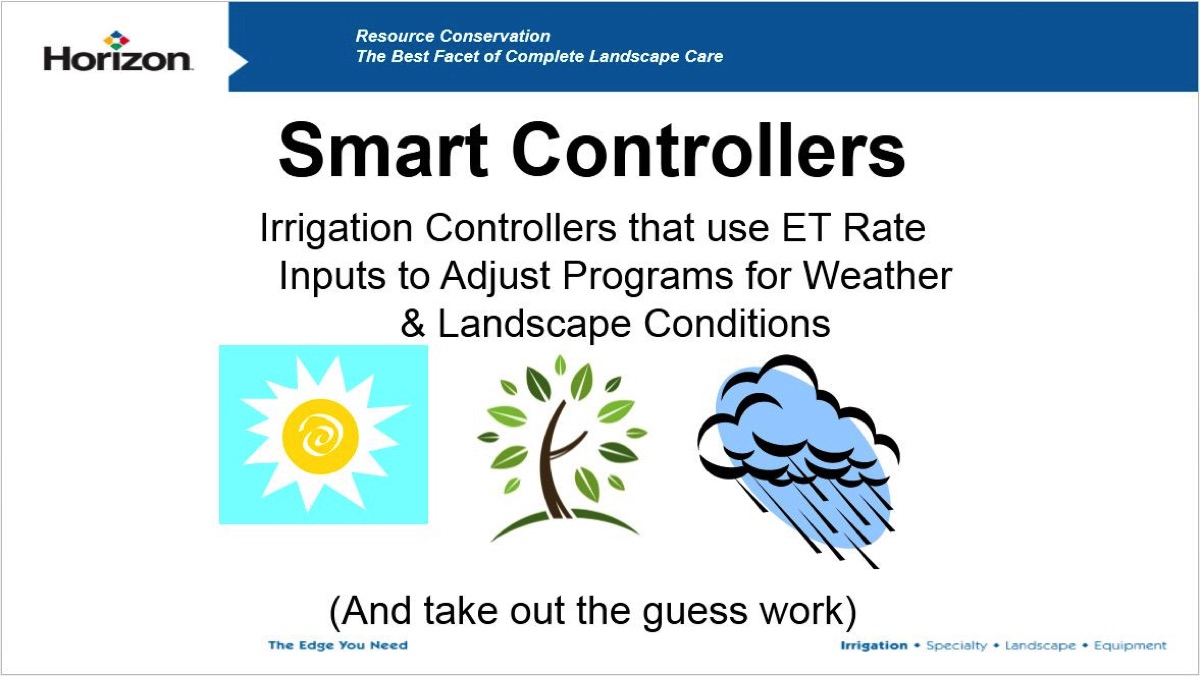 Many manufacturers make smart controllers for irrigation systems, but how do you know which one is right for you?

After watching Part 5 of our Drought Solutions video series, you'll be able to identify what types of smart controllers are the right fit for the properties you manage.

Perfect. Start doing some calculations on those properties so that you can tell the next guy why they're important.

They're important because the majority of the irrigation timers out there today are set at 10 minutes, every day, forever. And the reason that is, is because that's the default program. The battery went dead. The power went out. It came back on. It says default program. That's all I know and that's what it's gonna do.

I put in - 16 years ago in Phoenix, Arizona - a smart control system. They were all beta testing at the time. I've got a mini weather station on my house and I've got a beta test smart control.

16 years ago, I put it in. Got it all dialed. You gotta tweak 'em a little bit. Got it to tweaked so that wet zones were fixed and dry zones were fixed. And a little tweaking...and I let it sit in Phoenix in June.

And it watered and it automatically went into its cycle and soak feature because you put parameters in your smart controllers.

Question #1: What parameters does the controller take into account?

What sun exposure, what slope, what soil type, what plant material, what sprinkler head. There's a ton of data that goes into them. But once you set it, it takes all the guesswork out. Because it's just doing this.

I never touch my controller. It's been 15 years since I touched my controller. I go out and look at it every once in a while. Uh yeah, it's still working. Nothing's dead.

Now you do have to do some the system maintenance things. I've replaced solenoids. Woah, that's looking stressed. Why is that looking stressed? Whoops, solenoid blowed up! You know, so you got a bad solenoid. You gotta do all that kind of stuff still.

Question #2: How often does the controller adjust?

Mine adjust hourly. Most of them adjust daily. At midnight, they send their signal.

Question #3: Where does the controller get its data?

There is a ton of ET based controllers out there. Every manufacturer makes one. Depending on your comfort level with them, they can go anywhere from your basic little sensor device - and we'll talk a little bit about that - all the way up to a full blown satellite to where we're getting daily communication off of a satellite. Daily ET downloads off a cell phone. Somehow it's communicating like that.

Question #4: Are there recurring charges for the data?

Now some of those have recurring charges. Just remember that. Yeah, it's an ET based controller, but it's communicating with something. It needs that daily recurring, monthly recurring charge. So that you can keep up on the data.

Question #5: Does the controller use historical data?

That's not acceptable. That's why they have these historical backups. No, they won't go into a 10 minute everyday. They won't do that. They'll use historical data. So they'll use an average ET for that month for your zip code is how they work.

Question #6: Will the manufacturer support you?

If you need more information on it, give one of us a call. Talk to the guys on the counter. They have their locals that are best for this territory.

Your best bet on using a product is who is the local representative from the manufacturer and how willing are they to support you?

That's how we make our decisions.

Hey, so and so takes care of me like that. He'll jump on a job site. He'll help us out. That's who I go with.