What to Say When Your Customer Wants to Remove Their Turf 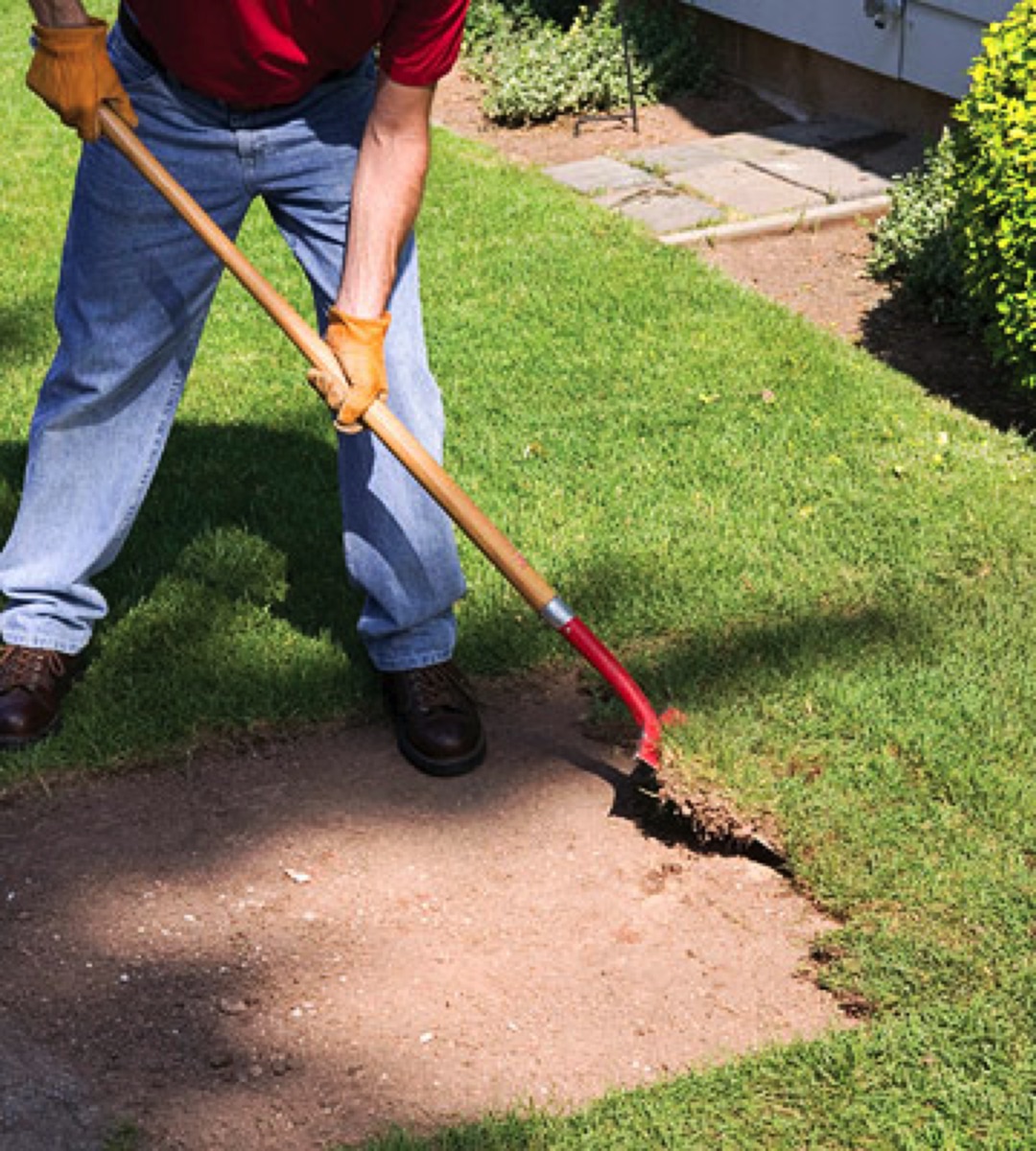 With drought becoming a common topic in the news, water restrictions becoming more commonplace, and cash for grass programs paying property owners to pull up their lawns, it's important to be prepared when customers ask you to remove their turf.

If your company specializes in maintenance services, make no mistake that turf removal is a huge threat to your company's longevity. While the short-term money from turf removal jobs will pay your bills now, what will happen to your business a few years from now when there are fewer lawns to mow and fertilize? How will you stay in business when the customers that needed you on-site once a week only have you come out once a month or once a quarter?

As an EPA WaterSense Distribution Partner, Horizon Distributors is devoted to keeping you at the forefront of the water conservation movement. We recognize that water is a scarce resource and there is no doubt that water and fertility requirements will drive significant change in the way you're able to maintain your customers' landscapes in years to come. But these changes can be viewed as either an obstacle or an opportunity.

Within the next 5 years, it's estimated that basic chemical manufacturers will spend nearly $3 billion acquiring companies that focus on smart water and soil health solutions. New technologies are making it possible to maintain landscapes with less water and fewer fertilizer inputs – The big question is whether you are prepared to adapt to these changing industry conditions.

Horizon has developed a number of resources to help you take advantage of smart water and smart soil technologies. In this article, we're going to focus on how to talk to your customer about their concerns and the environmental benefits of having turf.

What Does Your Customer Really Want?

The first step in properly addressing your customer's concern is to find the real reason why they want the turf pulled. It's one thing if they aren't enjoying or actively using their lawn and want to do something else with their yard. But more often than not, when a customer asks you about turf removal, they are doing so because of environmental concerns.

Maybe they saw a story on the news or had a chat with a misinformed neighbor and now they are concerned that their lawn is "bad for the environment." When you take the time to dig a bit deeper, you'll probably find that they really just want to do their part in reducing water consumption, but they may also be concerned about other environmental issues like fertilizer runoff.

Whatever their true concern is, you can either fight it or work with it. For example, if your customer genuinely wants to reduce their environmental impact and avoid runoff and you've been using synthetic fertilizer on the property for years, it's a good time to switch them over to a program that actively builds healthy soil. The true cost of a program that takes advantage of slow release fertilizer is usually less expensive when you consider the cost of labor, gas, and additional maintenance.

And while it is your responsibility to help your customers comply with local water restrictions, it's important to note that turf removal alone won't make a dent in water consumption when you look at usage from a broader perspective. According to the USDA, agriculture accounts for approximately 80% of our nation's consumptive water use and over 90% in many western states. To compare, landscape irrigation is only about half (roughly 3.5%) of Domestic & Commercial use, which accounts for about 7% of consumptive water use.

Naturally, it's our responsibility as water managers to do our part in conserving water. The EPA reports that as much as 50% of landscape water use goes to waste due to evaporation, wind, and overwatering. Waste associated with irrigation systems can in most cases be attributed to poor design, inadequate maintenance, or improper use. With proper education and successfully integrating water saving technologies, we can help the customer keep their lawn and save a significant amount of water.

There is a growing perception that turf is bad for the environment, but in reality the benefits of turf far outweigh the negatives. As green industry professionals, it's our responsibility to share the benefits of turf with our customers and to build programs that deliver those benefits.

Like all plants, turfgrasses capture atmospheric carbon dioxide and use it to create energy via photosynthesis. According to the Department of Horticulture and Crop Science at The Ohio State University, an average sized healthy lawn can capture as much as 300 lbs of carbon per year and a golf course fairway can capture 1,500 lbs of carbon per year.

Critics of turf often point out that emissions from mowers and other maintenance equipment minimize this benefit, but it has been shown that properly managed turf areas can capture anywhere from 4 to 7 times the carbon emitted from equipment.

Because of the materials used in the construction of roads and buildings, urban areas usually have notably higher temperatures than surrounding rural areas, which is known as the "heat island" effect. The EPA notes that "heat islands can affect communities by increasing summertime peak energy demand, air conditioning costs, air pollution and greenhouse gas emissions, heat-related illness and mortality, and water quality." 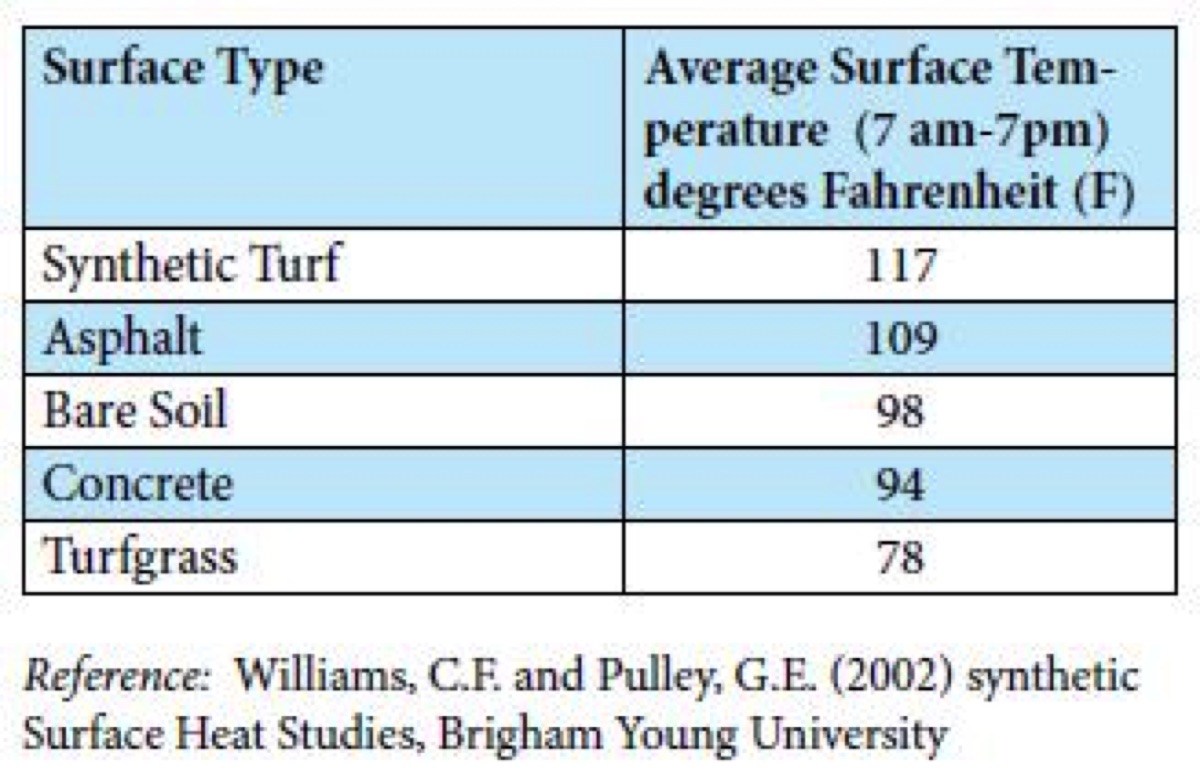 Hundreds of millions of tons of dust circles the earth annually and dust particles have been associated with premature mortality and negative health effects. It's estimated that lawns in the U.S. alone are able to trap an estimated 12 million tons, which keeps our air cleaner and fresher.

Turf can play an important role in soil erosion, a pressing environmental problem that costs between $6 and $16 billion a year. Nearly 6 billion tons of soil is washed or blown away each year. Because of its dense root system, turf is an ideal and cost-effective way to absorb water and stabilize soil.

Critics of turf are often justifiably concerned about pesticides, herbicides, and fertilizers entering the local water supply, but leaching can be minimized through effective management practices that build healthy turf and soil.

In fact, healthy turf can actually protect the local water supply because it's able to purify water as it moves through the root zone, which is a reason why turf is often installed next to roads and parking lots. Soil microbes in the root zone can help break down chemicals coming off hardscapes into harmless materials.